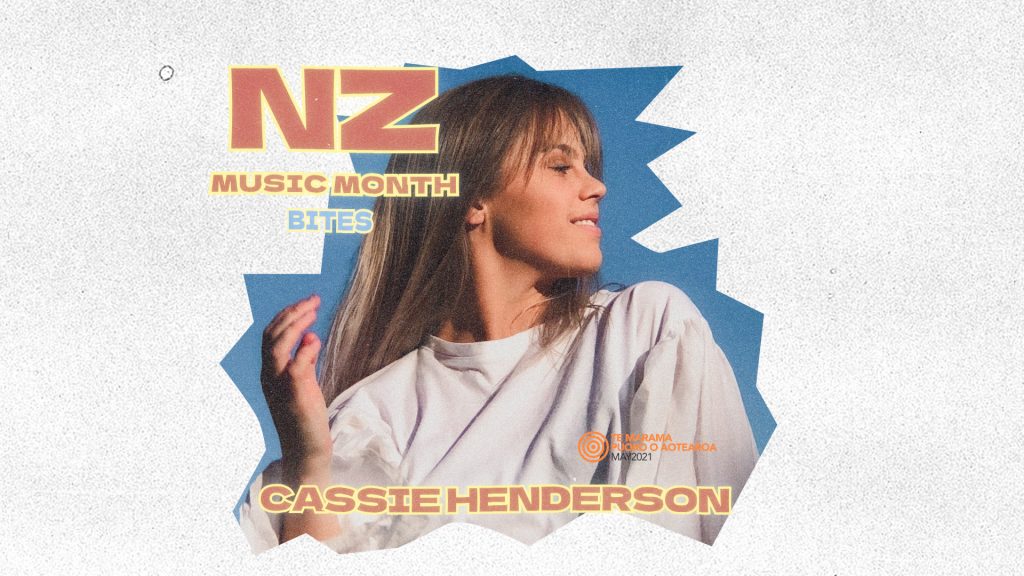 Cassie Henderson made waves in the public eye as a 14-year-old contestant on New Zealand’s first season of X-Factor in 2014. Over the last three years, the New Zealand singer-songwriter has honed her craft. Coming back stronger than ever, a natural storyteller, Cassie has returned with a narrative which encompasses her years of growth amongst trials and triumphs, both musically and personally.

Wherever you are in the world, keep your eyes locked on New Zealand and Cassie Henderson, who leads the charge in refreshing singer/songwriter pop. Cassie’s latest single ‘Burns Brighter’ is out now.

Three songs by a New Zealand artist I can’t live without: “I think this would probably have to be ‘Black Box’ by Stan Walker, ‘Cruel’ by Dane Rumble and ‘Sun Goes Down’ by Nesian Mystik. Just can’t beat that trio“

This venue is special to me: “The Waiohika Estate where Rhythm and Vines is held every year is very special to me. It was probably like my first big, big stage event. I just don’t think I’ll ever forget that“

If I was an instrument I would be: “I used to think that accordians were really cool, but also kinda super annoying, so probably something like that“

My Ideal touring van snack: “I don’t actually know cos I’ve never been on tour before, but probably… it sounds really gross, but probably something like Night & Day chicken fingers. Those are SO good. Or just something really basic like, can’t beat it, Thai Sweet Chilli Doritos they’re just *chefs kiss*“

My alternate musical career personality: “Well Avril Lavigne used to be my girl, like I was obsessed with punk pop and like My Chemical Romance, Fall Out Boy. I was really all about that era. I think anyone born in like 1998 will agree with me, that’s what ruled that time. So probably someone like that“

Jet planes, creepy jelly babies or pineapple lumps: “I’m gonna have to say none. I don’t really like any of them to be honest. I love Jaffas and I love Pods. So the Pods discontinuing really really got to me, quite upset about it, but yeah let’s just not talk about it…“