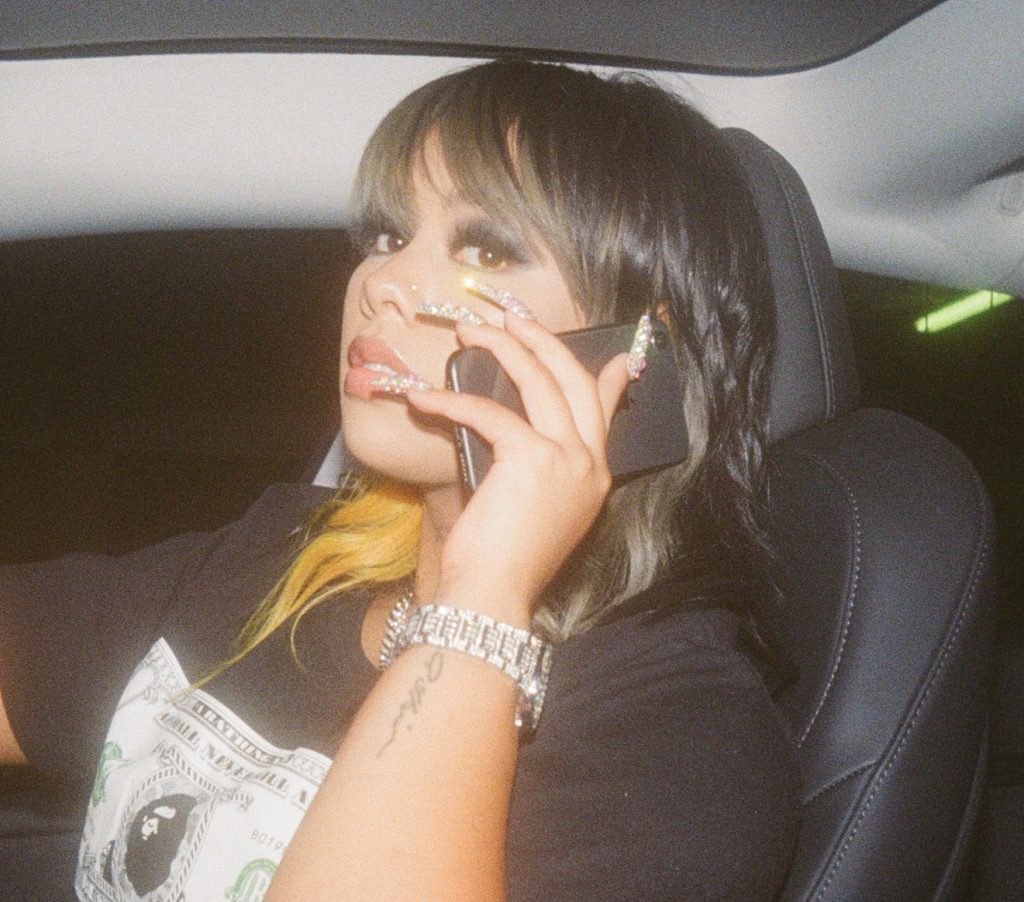 Since appearing on the scene in 2019 with underground bangers ‘waitwait!’, ‘YUCK’ and ‘I’ll Be Fine’, turning heads left right and center with her heavy, upfront and honest delivery, Vayne continues to push the envelope with her raw and inventive craft.

2020 saw the gifted young MC release ‘Gutta Girl’, a 6-track songbook dedicated to the Gutta Girl in all of us. Working closely with Montell2099 and LMC across the beats and Church Leon, who features on ‘Make It’, the ‘Gutta Girl’ EP blends an element of mystery with heavy, emotional catharsis.

Prior to lockdown, Vayne performed a double-headliner tour with Theia promoting their heavy collaboration ‘CREEP’, and opened for hip-hop royalty, David Dallas on The Rose Tint 10 Year Anniversary Tour, performing to packed out venues throughout the country.

Dubbed as one of five AU/NZ acts you should know by Acclaim, Vayne is a game-changing new artist with a bright future ahead.

“Vayne is blazing a trail as one of the hottest, rising voices in Aotearoa hip-hop and rap.”

“Vayne roars bluntly on ‘YUCK!’; a standout moshpit moment when performed live. Some may find it obscene, but for many women who’ve walked the walk, being unapologetically ‘YUCK!’ is a radical movement – and Vayne is spearheading it for women in Aotearoa.”