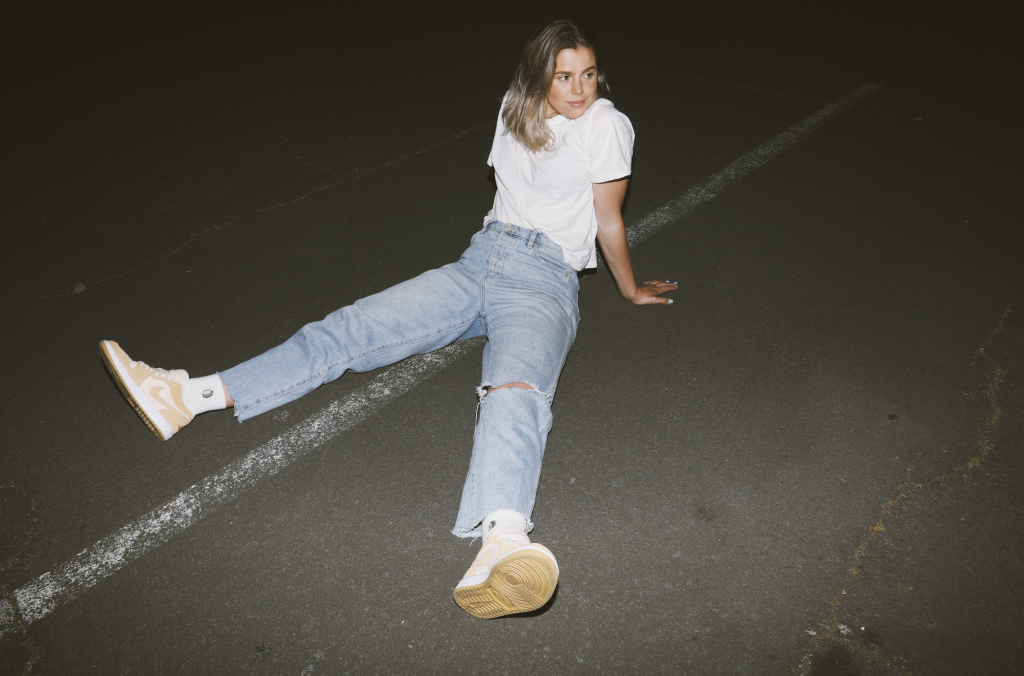 New Zealand singer-songwriter Cassie Henderson shines in her new single ‘complacent‘ that is out now.

Henderson’s ‘complacent’ showcases an imaginative crafting of clever lyrics, bright vocals, and catchy melodies, all curated on her bedroom floor. Brought to full fruition alongside local producer Wells*, ‘complacent’ has arrived just in time for summer. Released in line with a home-style video shot on her phone, Henderson gives us a peep into her summery universe in a hilariously relatable lockdown music video.

Witty lines delivered with sass proved to strike a chord with fans when Henderson shared the acoustic on TikTok last year. The video went viral, attracting a massive 1.4 million views on the platform to date.

Launching on to the scene in 2020 with ‘Tainted’, Cassie went on to make waves with empowering anthem ‘Burns Brighter’.  This following a move to Auckland after three years as a student in Dunedin, where the singer-songwriter grew her musical storytelling and distinctive sound.