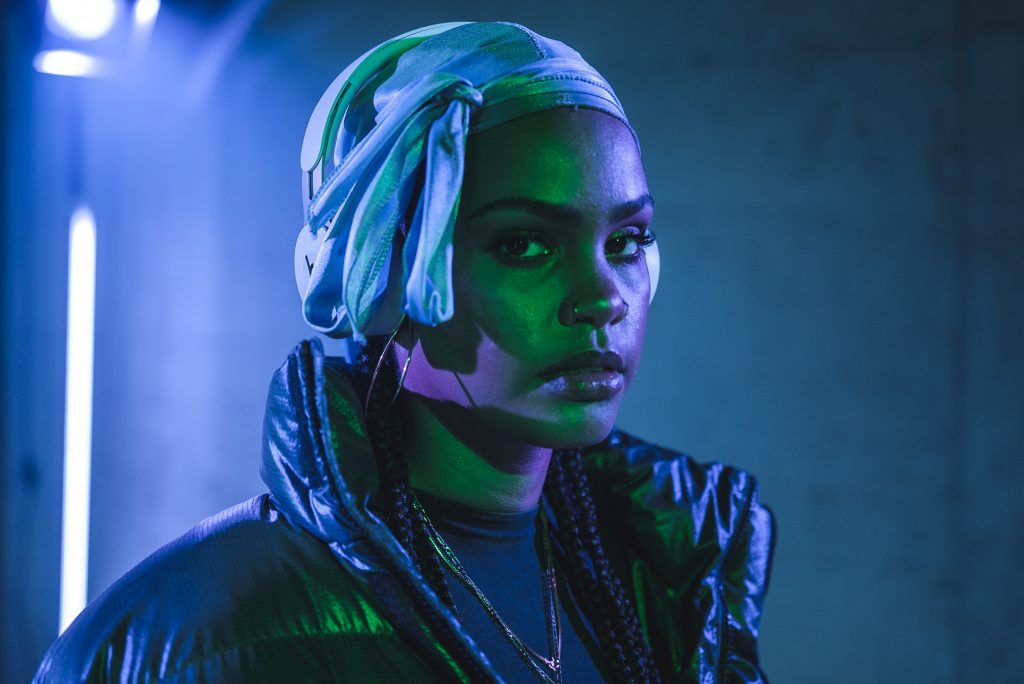 New Zealand rapper, JessB today shares the video for her latest single, “Shut Up!” out now via The Orchard. Directed by fellow NZ creative Connor Pritchard (Raiza Biza, Baynk), the visual accompaniment is an energetic club-ready teaser for the dancehall-infused track, which is the second from her forthcoming mixtape, 3 Nights in Amsterdam out August 28.

An exhilarating preview of JessB’s live energy, the “Shut Up!” video takes place within a neon-lit NZ club, as bodies move to the hypnotic production, strobe lights and energetic four-on-the-floor basslines. JessB’s impeccable flow is caught on camera, as her self-assured sass translates onscreen with the ever powerful message of “shut up more and just listen” spoken with commanding confidence.

Reminiscent of childhood influence Missy Elliot on “Shut Up!”, JessB’s status is set to rise even higher as she prepares to release her mixtape, 3 Nights in Amsterdam on August 28 via The Orchard/Sony Music Entertainment New Zealand. Mastering new sonic landscapes and styles, while pulling from dancehall, reggaeton, garage and electronic influences, it is JessB’s trademark emboldened self-belief that breathes exhilarating life into the hip-hop genre.

In an already packed 2020, Jess shared previous single and mixtape track “Pon It” with a livestream debut on London’s NTS Radio 24-hour on-air festival, following a spot in Triple J’s Hottest 100 countdown for her feature on Baker Boy’s fiery track “Meditjin” and an appearance on Triple J’s Like A Version for G Flip’s rendition of “Lady Marmalade”. JessB has taken home the 2019 MTV Europe Music Award for Best New Zealand Act, garnered strong support from Spotify’s global A1 Hip-Hop playlist to then perform at the flagship Spotify A1 Live event, all the while releasing two acclaimed EPs, New Views and Bloom. Most recently, she has featured on “Flying” as part of NZ rap collective BLKCITY, and had her thrilling Triple J Bars of Steel performance go live on Apple Music.

Dive deep into the high-energy, club-thrilling escapism of JessB’s “Shut Up!” video today, as the highly-anticipated drop of her 3 Nights In Amsterdam mixtape happens later this month.