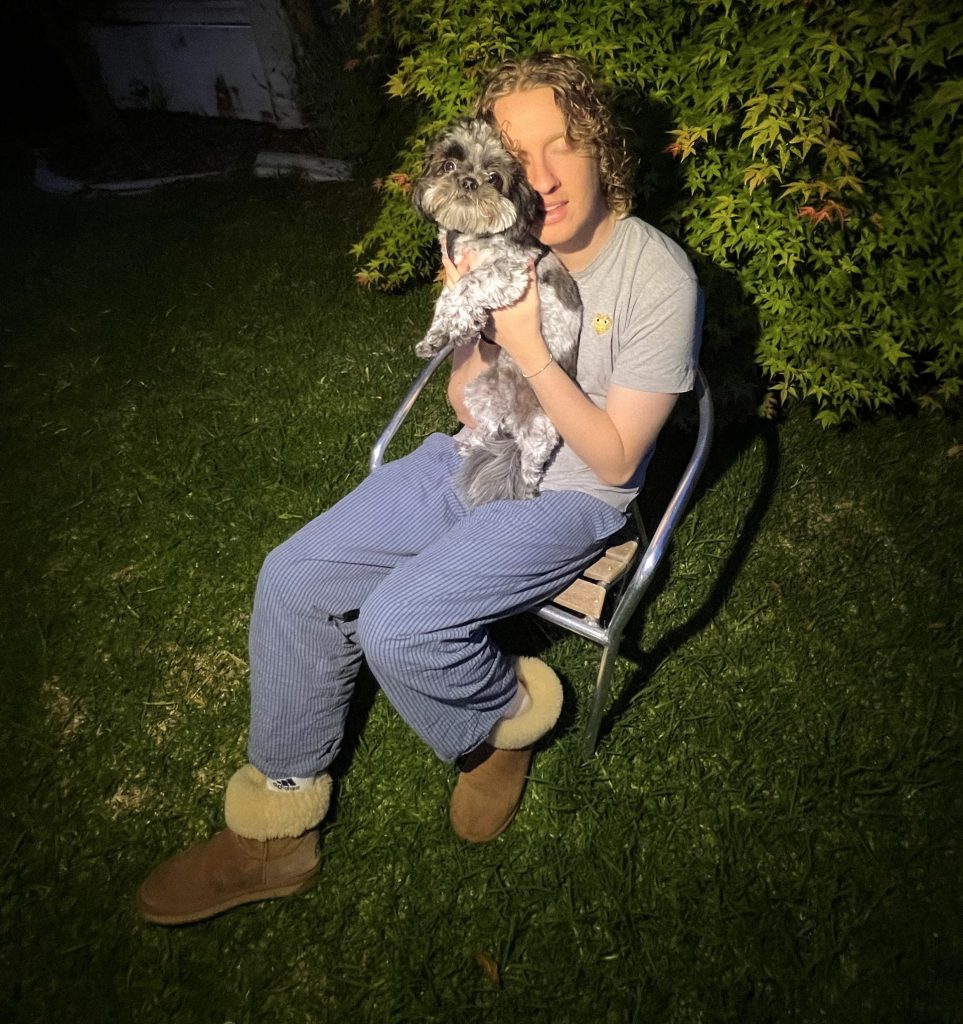 Today, one NZ’s most promising voices in alternative-pop, Matthew Young, announces his long anticipated debut album, It’s A Feeling, due out July 15. He is also sharing the latest single from the record, “Good Things”.

“Good Things” is a moody guitar-pop number that showcases the introspective side of Matthew’s alt-pop world. The track kicks off with hazy guitar chords and a booming 808 kick before a tight drum-machine groove snaps into place. The result is a woozy and silken instrumental which serves as the perfect backing for Matthew Young’s signature brand of sultry crooning. “Good Things” serves as a counterpoint to the carefree spirit of Matthew’s recent output – an introspective track rooted in infectious pop sensibilities.

On the new single, Matthew says: “‘Good Things’ was written piece by piece across the entirety of New Zealand, adding and subtracting parts in each of the different houses I stayed in during the writing trip I took and finished it in a beach house in Tairua, Coromandel. This song feels like a cousin to ‘Headcase’, or maybe like a prequel or something. After sending thru to the label, one of the A&Rs on the team said: ‘This is the saddest song I’ve ever heard’. I don’t really think it’s that sad. I was listening to Sunny Day Real Estate when I wrote it tho, so maybe it is?

The arrival of his debut record It’s A Feeling serves to bring Matthew Young’s brand of unconventional, complex pop to the forefront of contemporary music the world over. Since the end of 2018, Matthew has rejected a traditional studio environment, instead writing on the road, and recording from isolated Airbnbs in his home Aotearoa (New Zealand). It’s A Feeling came together in the subsequent years, during periods where Matthew dedicated time to unraveling the intricacies of his mental health via the medium of musical vulnerability.

This announcement follows on from a string of acclaimed singles including “Like Falling”, “Boneheaded”, “Ziptied” and “Headcase” which have seen tastemaker praise from MTV, Pilerats, Sniffers, Purple Sneakers and more, alongside global playlisting on Spotify’s New Music Friday, and continued support from triple j in Australia.

Matthew Young first made his debut in 2015, when his Dive EP received nods from Troye Sivan, Oyster Magazine and i-D. Three years later, his sophomore EP Fruit, arrived to resounding success. To date, Fruit has amassed over 10 million streams, with singles “Collect” and “Hey” both landing triple j’s #1 Most Played. On stage, Matthew Young has performed to sold out Australian and New Zealand audiences, as well as supported the likes of Lorde, and was handpicked to perform at the Laneway Presents ARIA Showcase. In late 2019, Matthew Young teamed up with favourite electronic duo, Cosmo’s Midnight for their single “It’s Love”, which sits at over 5 million streams and again became triple j’s Most Played.

Familiarise yourself with the singular creative voice that is Matthew Young, with his infectious new single “Good Things”, ahead of debut album It’s A Feeling, arriving July 15.