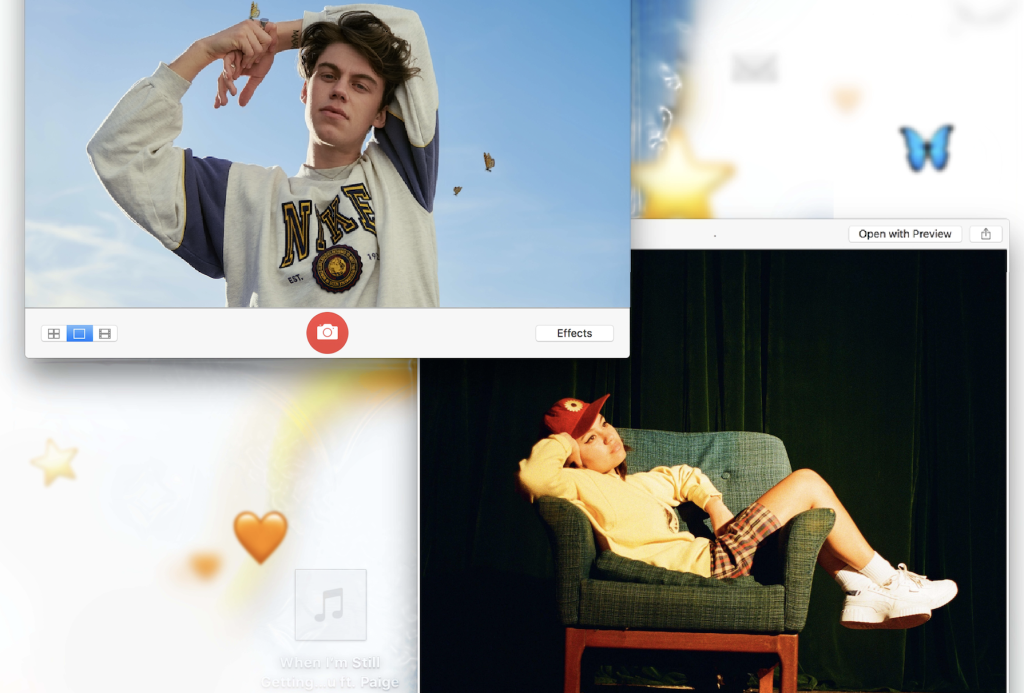 Peder Elias (Norway) wrote the demo for ‘When I’m Still Getting Over You’ with Maxine (Netherlands) and Matt (UK) when online writing camps were a new way of working, and a global pandemic sounded like the plot of a Hollywood movie. The virus led to a lot of changed plans, and the song was put on hold.

But almost two years later Peder Elias still had the chorus lodged in his brain, and so enlisted his friend Joonas (Finland) to revisit and rewrite it into a duet. And his number one choice as singing partner was Paige (New Zealand).

“I heard ‘too much to h8’ in 2020 and have loved Paige’s voice since then. One of the few upsides of the pandemic is that cooperating across borders and time zones has become easier and I was very happy to get Paige on board. She was amazing to work with, and it seemed like she was just around the corner, but while I was trudging through snow to get to the studio, Paige was enjoying the New Zealand summer.”

Have we ever even heard artists from New Zealand and Norway together like this before? Possibly not, but while ‘When I’m Still Getting Over You’ features an unexpected pairing of young artists, the topic is a familiar one.

“It is a classic breakup-song. Because however “good” a breakup is, getting over someone takes time. And seeing your ex with someone new is a special kind of awful. The twist is that I wanted to tell the story from both sides. And having two voices tell it makes it easier for the listener to understand that they’re both hurting.”

25-year-old artist and songwriter Peder Elias is making an impact in his home country of Norway, his songs airplay favourites and he a popular guest for radio and TV. The summer of 2019 saw him perform for crowds of up to 20.000 at local festivals and tournaments. But just as everything slowed down at home due to the pandemic, he found his career taking off in Korea and Taiwan. So far, he has amassed over 200 million streams across platforms, as well as gold and platinum awards for singles like ‘Bonfire’, ‘Hide and Seek’, ‘Loving You Girl’ and ‘Good For You’.

New Zealander Paige is becoming an established artist her home country. In addition to releasing music and playing the big festivals and she has her own podcast. At just 22 Paige has been nominated for several breakthrough awards, and in 2021 she was awarded Best Female Māori-artist at the Waiata Māori Music Awards where they honour songwriting and storytelling as an art. In other words, an artist with a lot going on and something to say.

“I love the song because it’s so relatable and relevant to the things I’ve been through before in a relationship. I think we’ve all been in that position where we see the person we want to be with with someone else and I think a lot of people will connect with this song.”Paige says, adding it was cool to be asked and a bit mind-blowing to be able to work together like this from opposite sides of the globe.

“Being on the other side of the world, the recording process was pretty insane. We did Zooms and I went into the studio in Auckland and cut vocals, sent them back to Peder and added more harmonies later. I’m really glad I got to be part of this song.”

‘When I’m Still Getting Over You’ with Peder Elias and Paige could very well be the world’s very first duet between a New Zealander and a Norwegian, and it can be heard all around the world from today.