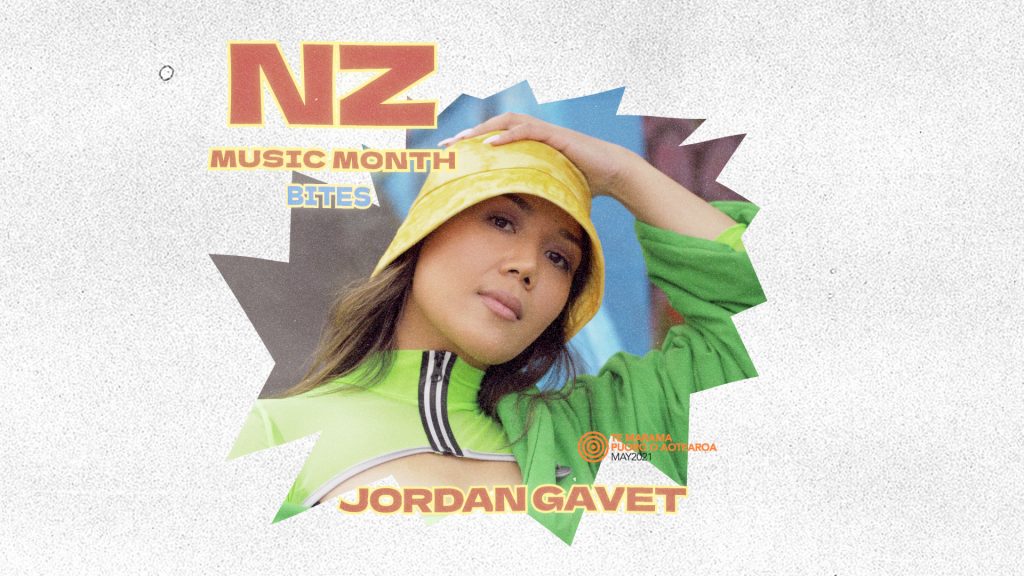 Jordan Gavet is the girl with the golden voice. Her soul-inflected R&B is comfort food in the process of heartbreak, change and reinvention. The rising singer-songwriter and performer, named ‘Best Pacific Soul/R&B Artist’ (Pacific Music Awards) opened for the likes of 112, Stan Walker and Bobby Valentino during her rise to notoriety. Since her signing to Sony Music Entertainment New Zealand in 2017, Jordan has released a string of powerful singles including ‘Hesitation’, ‘Away’, ‘Do Better’ and the EP title track ‘Smoke’ featuring Sydney artist CG Fez. Teaming up with producer Willstah (Ariana Grande, Ella Mai), 2021 sees the release of Jordan’s debut EP ‘Smoke’ – a lush ride through night time slow jams and emotional highs and lows.

Three New Zealand acts you need to listen to:  Number one – LA Women, I just came across them recently. Sunday sesh vibes, I love them. Number two – a rapper my cousin put me on to, Dera Meelan. And for R&B/soul would be Tree.

My first memory with music would be: My dad’s band and sitting in his rehearsals, wishing and dreaming that I would be in his band when I grow up.

A special skill I possess that no one would guess: Mimicking people, accents, characters off movies, I’m pretty good.