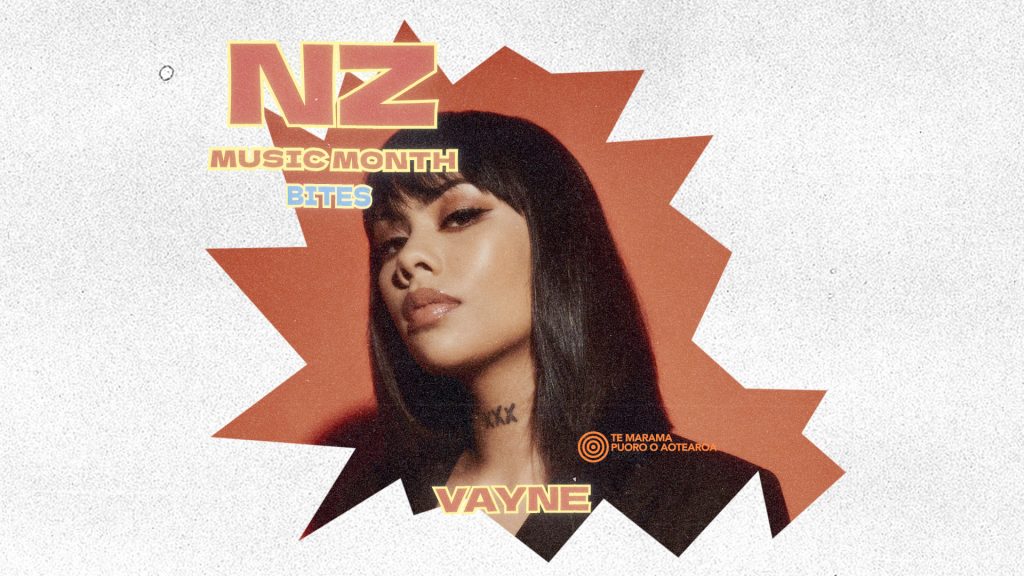 Vayne is one of the fastest rising voices of Aotearoa New Zealand hip-hop today. Since it’s July release, her debut EP Gutta Girl has spread like wildfire around the music community with its hard-hitting emotional catharsis and ambient production. Teaming up with Montell2099, LMC and Church Leon, the glowing Māori rap artist’s debut is a nod to the Gutta Girl in all of us. Since appearing on the scene in 2019 with underground bangers ‘waitwait!’, ‘YUCK’ and ‘I’ll Be Fine’, turning heads left right and center with her heavy, upfront and honest delivery, Vayne continues to push the envelope with her raw and inventive craft.

Three songs by New Zealand artists that I can’t live without: Number one has to go to ‘Love’s Dead’ by Fiveofive, that’s my cuz, she’s the bomb. If you don’t know, you ‘bout to know cos she’s coming with me on tour this May. Second song would probably be Maisey Rika ‘Game of Life’ from her album ‘Tohu’. That song really got me through life man! It brings me to tears every time I listen to it and as a kid that was my favourite album, I think I was like ten when she dropped that. Third song would go to Ché-Fu ‘Fade Away’. I think one of my earliest memories of NZ music was that song.

Jet planes, creepy jelly babies or pineapple lumps: Easy. Jet planes, the purple ones. Everyone knows that the purple flavour is always the best, in any lolly.

A special skill I possess that no one would guess: I can flare my nostrils out, like in and out. I thought I was real cool when I was a kid, used to show everyone ‘cos I thought I was the only person in the world that could do it. What else? I can do a really good British accent!

If I were an animal I would be: A shark. A great white shark, because they’re my biggest fear, but they’re also so fascinating to me. When I think of a shark I think they’re scary, they’re not to be f***ed with, they’re sharp, they’re intimidating, they’re on to it, and that’s the energy that I need. Especially with music, getting up on stage in front of people, it can be a little bit daunting sometimes. So it’s good to have that great white shark energy – backing myself up, making me feel like I’m the baddest bitch.

Ideal touring van snack: Honestly, I’m so dry when it comes to stuff like this. It would just be grey Goose vodka, some cranberry juice, some water, bananas.