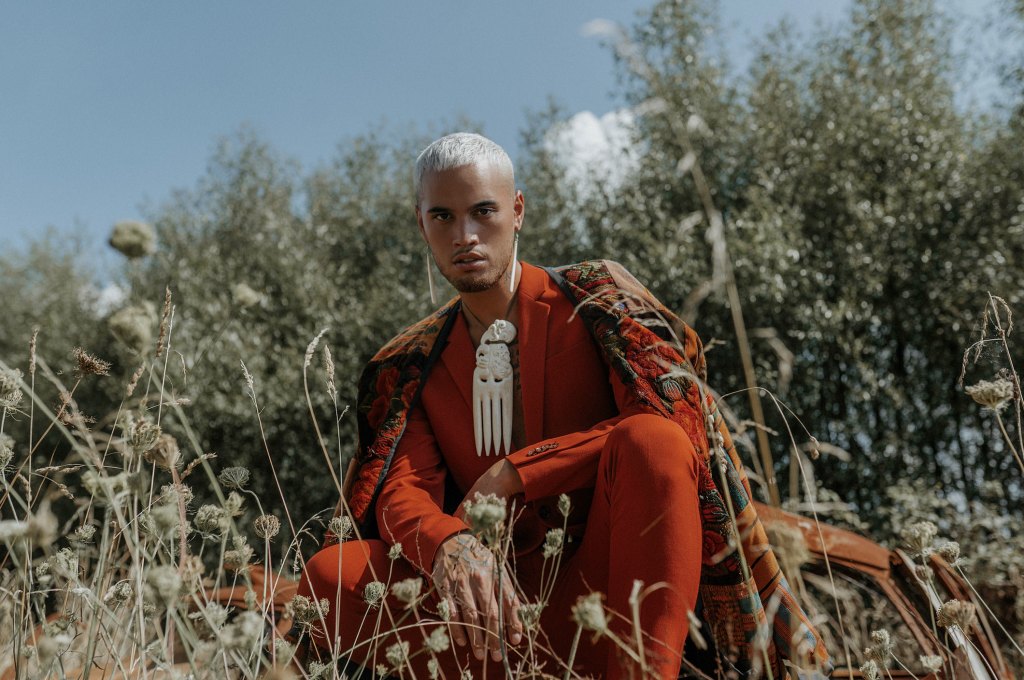 Today, Stan Walker celebrates the release of his new album ‘Te Arohanui’, marking an important and deeply personal milestone for the award-winning Māori performing artist, as he shares his first body of work in Reo Māori.

“It was inevitable that I would release a reo Māori album. It wasn’t a matter of if, but when. Now is the perfect time. The first waiata I remember singing were ‘Whakaaria Mai’ and ‘Ma Te Mārie’. Our reo, our waiata, our hīmene are a huge part of my whakapapa and upbringing. Being Māori, nō Ngai Te Rangi, Ngāti Pūkenga, Tūhoe, Ngāti Porou, Tūhourangi, Ngāti Wāhiao, Ngāti Pikiao, Ngai Tahu, it is in my DNA, it is in my blood. I credit my voice and all that it holds to all those who have come before me. My tupuna fought and died so that I, we could be all that we should be. Their dreams have been bought to life in this album. I am their legacy. This is a dedication of aroha to them. To sing in te reo māori and release music in my native tongue is healing, uplifting and empowering. Our reo brings life to the world. It brings life to me. It’s an honour to have been gifted this taonga. Now I gift this taonga to the world.”

In celebration of the past, present and future, ‘Te Arohanui’ is a melting pot of Stan’s greatest hits for fans to enjoy in Reo Māori, such as ‘Tau Te Mārire’ (Take It Easy), ‘Tēnā Rā Koe’ (Thank You) and ‘Kōwhiria Atu’ (Choose) feat. Hamo Dell to new waiata waiting to be enjoyed.

The album is released today with a 13th additional track ‘Te Kākano Ahau’ and features the recently released single ‘Matemateāone’ which became the second most trending video on YouTube music on release. The video created with New Zealand filmmaker Shae Sterling hit well over 100k views in just 7 days in record timing.

Over the last decade, Stan Walker has become a household name throughout Australasia, through his roles as a performing artist, songwriter, author, actor and speaker. Awarded with 8 x New Zealand Music Awards and the Waiata Māori Award for Radio Airplay Record of the Year five times between 2010-2015, and 5 x ARIA nominations, Stan’s journey has been nothing short of inspiring. To date, Stan has earned 9 x Gold and 9 x Platinum singles, along with 1 x Gold album, 2 x Platinum albums and one 3 x Platinum album in Aotearoa New Zealand.

Stan has performed multiple sold-out headline tours, and shared the stage with Beyoncé, Nicki Minaj, Chris Brown, Ciara, Jay Sean, Travis McCoy, Ja Rule, Akon and Jessica Mauboy. In August 2020, Stan released his acclaimed personal memoir ‘Impossible: My Story’ with Harper Collins New Zealand, which coincided with the release of his 2020 anthem ‘Bigger’ (‘Tua’) which was released in both English and Te Reo Māori. ‘Tua’ made history, becoming the very first #1 on the Te Reo Māori Music Chart, while ‘Bigger’ remained at #1 on the NZ Music Chart for five non-consecutive weeks.