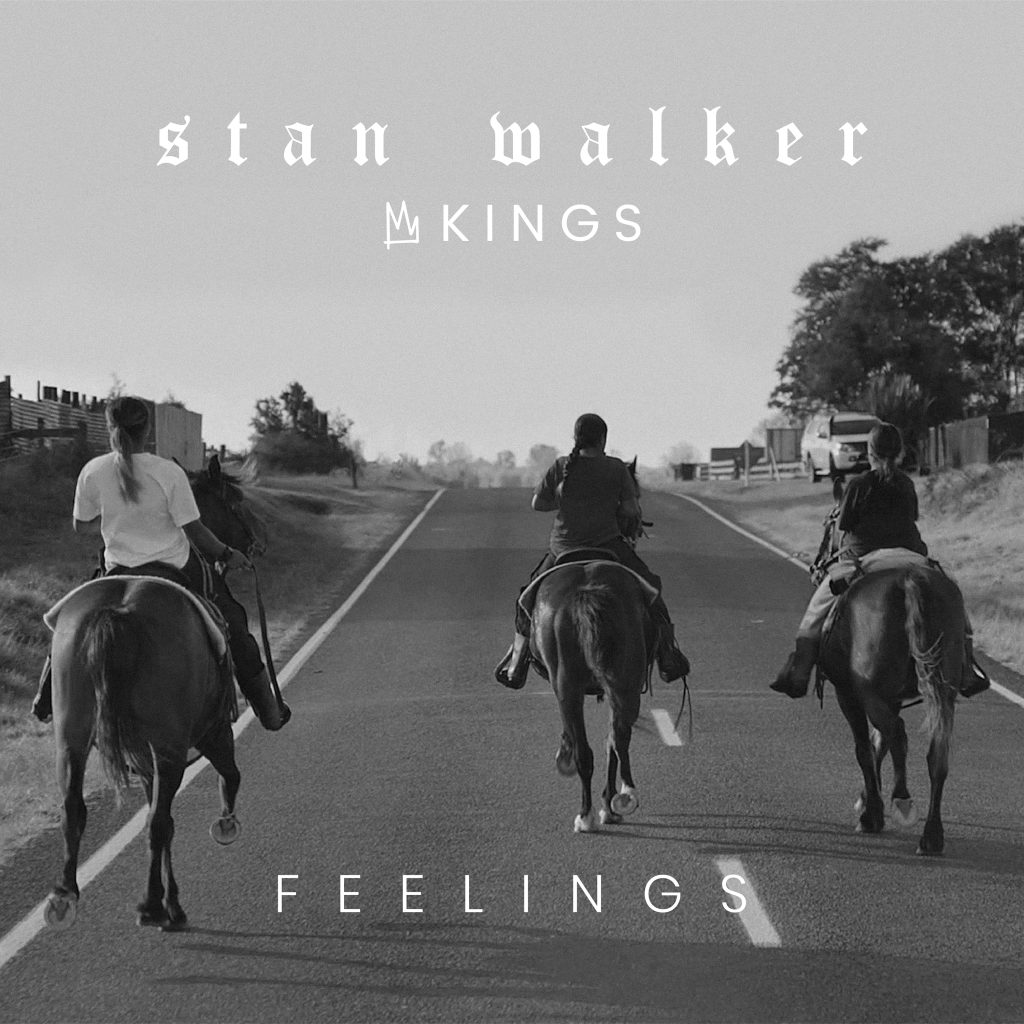 June 3, 2022 – Back by force following a major year involving the release of Te Arohanui, his first album in Te Reo Māori, with multiple singles off his upcoming studio album, Stan Walker makes some noise with a certified smash, teaming up with celebrated Māori rap artist and producer Kings on ‘Feelings’. The new single from Stan’s forthcoming album due later this year, is out today and on all streaming platforms via Sony Music New Zealand.

The pair nod to their shared cultural heritage and Tūhoe whakapapa in an official music video filmed by Shae Sterling in the majestic Ruatoki valley, keeping it true and authentic the way they know best.

“Feelings is about being true to your real self, having the courage to be authentic, to own your truth and understand where you’re from, surrounding yourself with the people and things that mean the most to you,” says Stan. “This is being in your “feels”.”

As direct descendants of the great Tūhoe chief Te Purewa, this is a roadie taking Stan and Kings directly through the heartland and a celebration of what gives them “the feels”. Watch the official music video here.

Volkswagen New Zealand is a proud sponsor of this video.

“Stan has been a Volkswagen brand ambassador for two years now and we love having him as a part of our whānau. This video is a true testament to Stan’s talent, along with Kings, and we are so excited to be involved”, says Greg Leet, General Manager of Volkswagen Passenger Vehicles.

June marks a big month for one of Aotearoa New Zealand’s greatest stars, with the return of TVNZ 2’s popular reality show The Walkers premiering on June 23, ahead of Stan Walker: Impossible Live, a one-off concert special, airing the following evening (June 24th) on 2. In celebration of Matariki, this powerful live concert event is not to be missed.

A joyous force of nature, Stan is a staunch advocate for kaupapa Māori and the Indigenous world through his roles as a performing artist, songwriter, author, actor and speaker.

Awarded with 8 x New Zealand Music Awards and the Waiata Māori Award for Radio Airplay Record of the Year five times between 2010-2015, and 5 x ARIA nominations, Stan’s rise to becoming a household name has been nothing short of inspiring. Over the span of his career to date, Stan has earned 9 x Gold and 9 x Platinum singles, along with 1 x Gold album, 2 x Platinum albums and one 3 x Platinum album in Aotearoa New Zealand.

Performing on stage is Stan’s first love. The celebrated Māori artist has performed multiple sold-out headline tours, and shared the stage with Beyoncé, Nicki Minaj, Chris Brown, Ciara, Jay Sean, Travis McCoy, Ja Rule, Akon and Jessica Mauboy. In August 2020, Stan released his acclaimed personal memoir ‘Impossible: My Story’ with Harper Collins New Zealand, which coincided with the release of his 2020 anthem ‘Bigger’ (‘Tua’) which was released in both English and Te Reo Māori. ‘Tua’ made history, becoming the very first #1 on the Te Reo Māori Music Chart, while ‘Bigger’ remained at #1 on the NZ Music Chart for five consecutive weeks.